There's a lot of reasons to be excited for PSX in 2020: the debut of the new CPPS credential (and the inaugural exam!), the rebranding of the Product Stewardship Society Conference into PSX, the return of the popular Exchange, and so much more.

But we're also excited to BE in Houston this year. Let us count the ways:

It's a foodie paradise

Houston is considered an up-and-coming foodie haven. With more than 11,000 restaurants covering nearly every type of world cuisine, visitors can't stop raving about the choices, the chefs, and the food. From food trucks to ramen bars to fine dining, make sure you build in some downtime to partake yourself!

A wide array of musicals, plays, Broadway shows, symphonies, and more are available on a nightly basis. And tickets are super-easy to acquire, too. If you're doing an extended stay after the conference, this is a great option for an outing with friends and colleagues.

Houston is considered to be the most ethnically diverse city in the country. With more than 145 languages spoken and communities within the metropolitan area, the spread of cultural dynamics has appeal to everyone.

To infinity and beyond

Houston is the home of Johnson Space Center. Intricately tied in history through NASA and Mission Control, JSC has played a part in every major U.S. achievement in space.

The Houston Galleria – Texas' largest shopping mall – is located here, along with 375+ stores across four floors. It's the 9th largest mall in the U.S., so if those are on your bucket list, you've got it made.

It's always mild in Houston

Much of the city's 2.2 million inhabitants enjoy daily life outdoors, thanks to the region's mild, year-round temperatures.

There's so many reasons we're excited for PSX to land in Houston this year, we can't even list them all. Trust us – there's something for everyone here on the Gulf Coast. We hope to see you there in September! 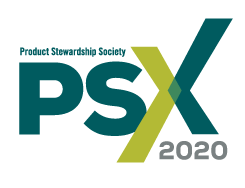