Ground Transportation from SNA and LGB

Approximate fares from SNA or LGB to the Hyatt are $50 and $66 respectively.

From LGB, taxis depart from the taxi stand outside the terminal next to Parking Structure A.

Rideshare services from Uber, Lyft, and Wingz service both SNA and LGB.

Self- and valet parking are available at the hotel for $28/night and $36/night (with in/out privileges) respectively.

Is your travel ID ready for REAL ID? Learn more.

PSX is sponsored by: 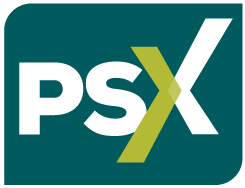